A long overdue plan to meet a dear friend and her newborn in Texas, and two enthusiastic friends pitching in to come along led to a reunion of us four girls after five years and my first Thanksgiving in the US with friends like family. This trip was more of catching up with my dear girls and their relatives in the city and of course Black Friday shopping and less of sightseeing. We still managed to have a day just for exploring the city and visit as many places as we could.

Most of Dallas’ touristy places are in its downtown and within walking distance. So it wasn’t much of a hassle, and we could do so much in so less time. Our first stop was JFK Memorial, an open tomb of the country’s 35th President who was assassinated in the city. A square roofless room with walls consisting of concrete columns most of them appear to float with no support and only eight columns on the four corners extend to the ground. Each column has a light fixture to create an illusion at night that the light itself supports the structure, held together by an invisible force.  A magnetic force in the artist’s eyes as suggested to the charisma of John F Kennedy. 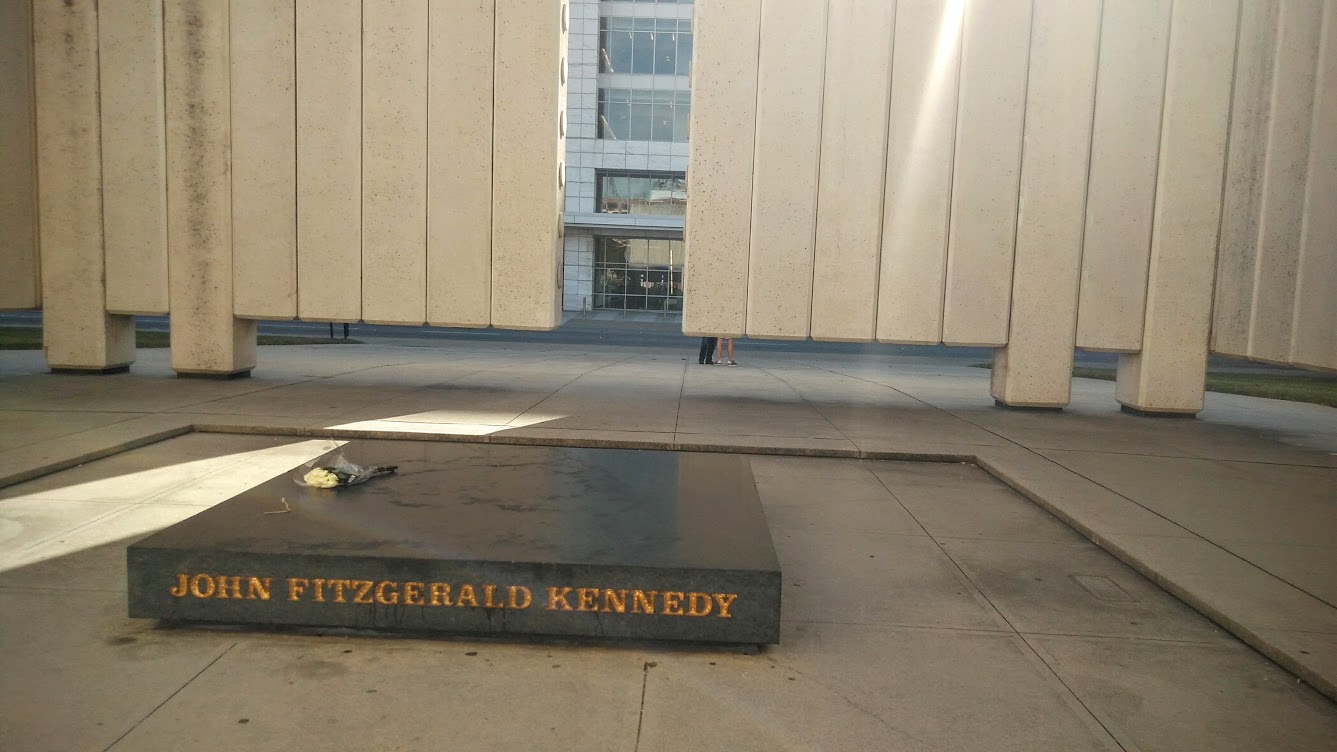 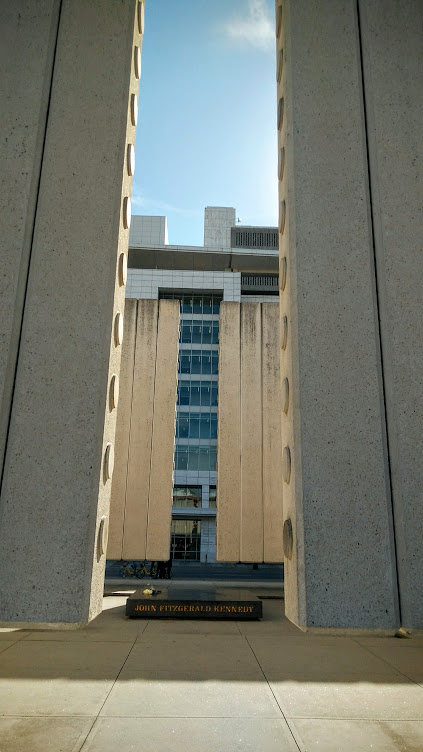 While walking around downtown, we came across a log cabin, an example of the accommodation built by early settlers. The one in the picture below was refurbished and moved to the city to show how the people who founded Dallas lived. It was disappointing that there were no views of the interior. 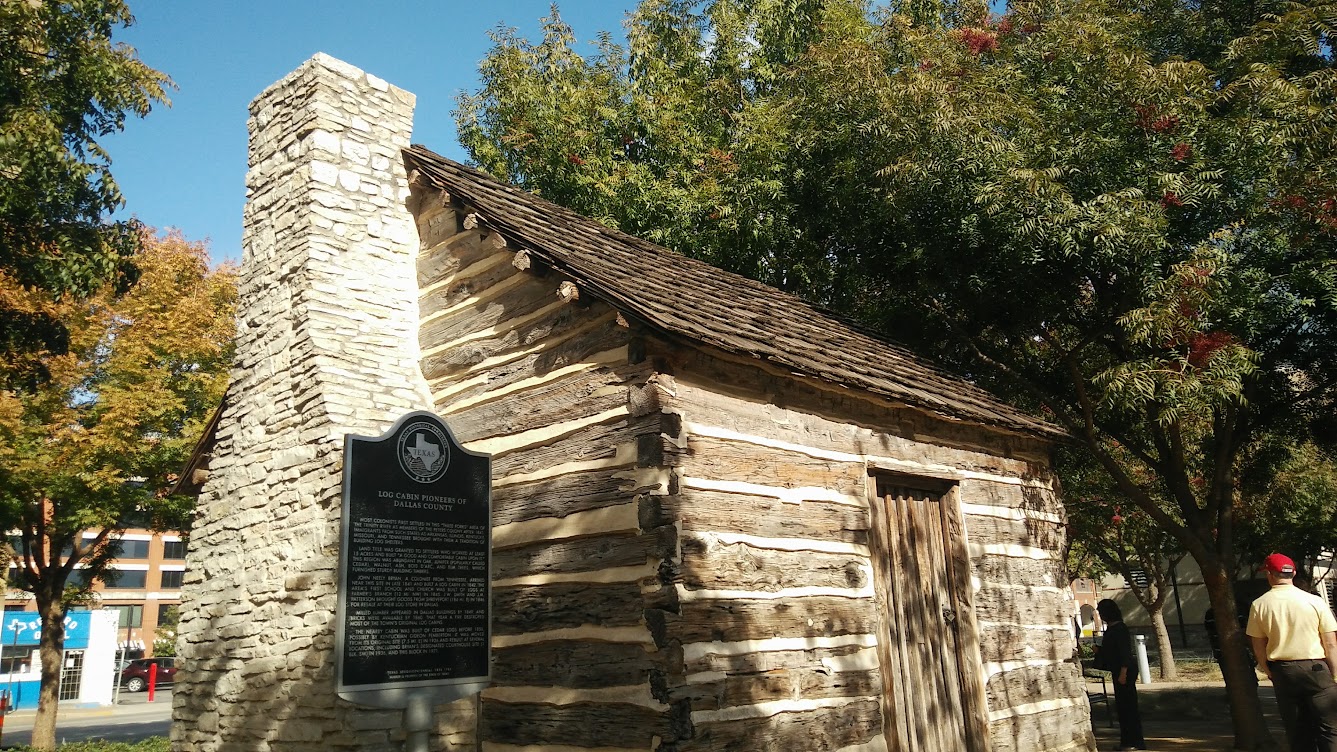 Dallas also has a monument to mark the birthplace of the city called Dealey Plaza. Within the small park was built the first home which also served as the first courthouse post office, the first store, and the first fraternal lodge. It is dedicated to the pioneers of Civic progress. 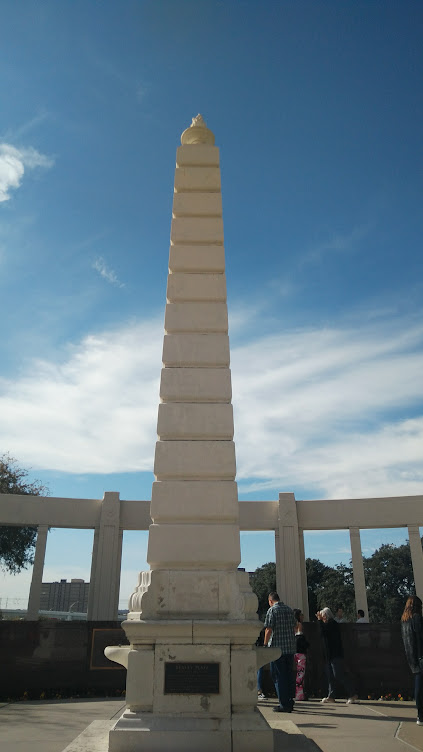 Next up we walked to the Reunion Tower, one of the most recognizable landmarks of Dallas. The main attraction of Reunion Tower is its observation deck called as “Geo-Deck” offering breathtaking 360-degree panoramic views of Dallas. Interior of the observation deck includes an interactive digital experience and the exterior features telescopes with views in every direction. An admission ticket of $16 per head for an adult is required. Reunion Tower also has an elegant contemporary revolving restaurant. One can buy souvenirs featuring Reunion Tower, Dallas, and Texas from the gift shop at the tower base. 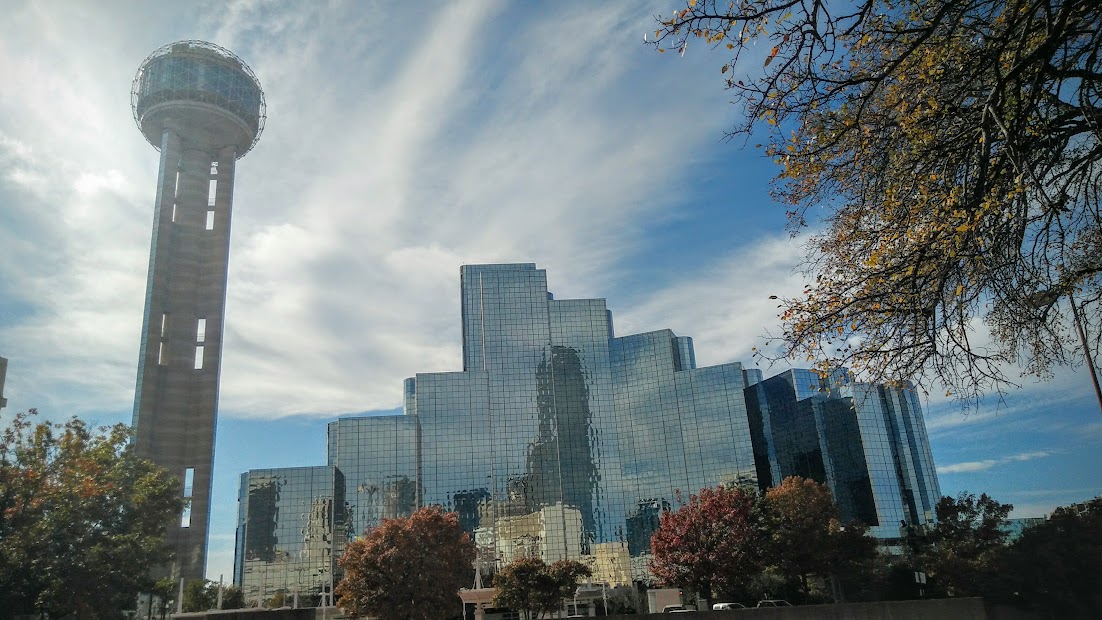 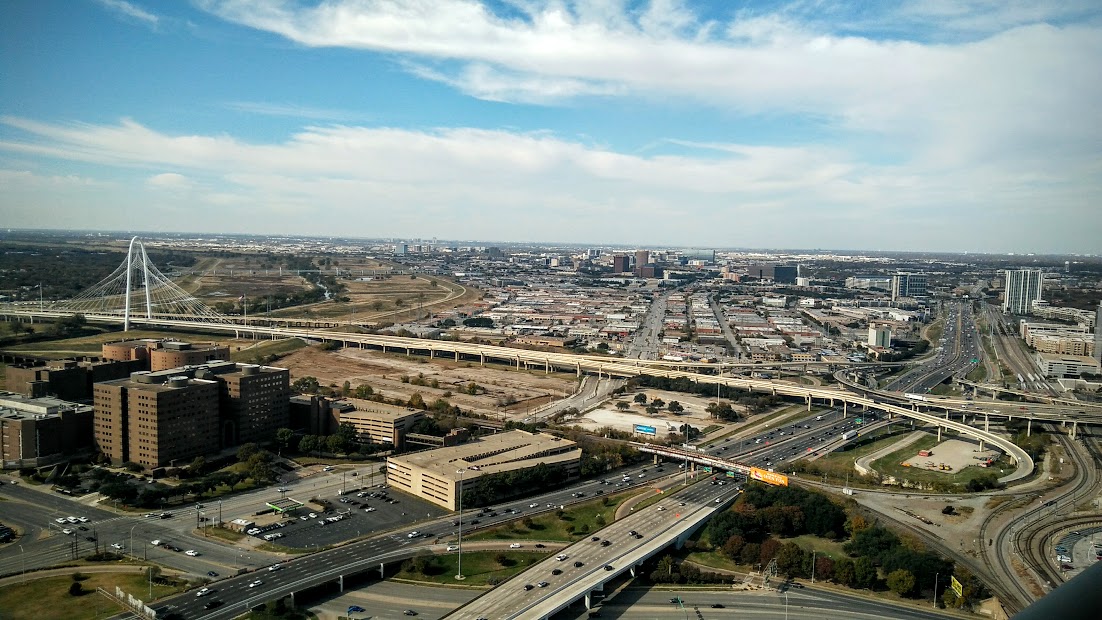 Panoramic views of the city from atop 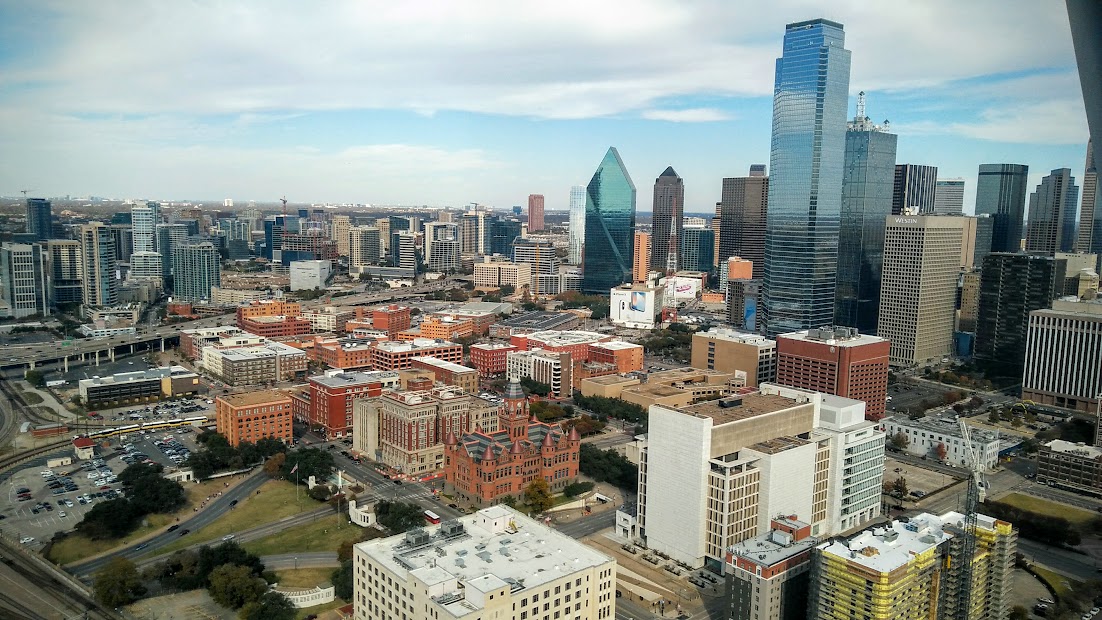 Another delightful experience in Dallas was the varied cuisines my girls, and I tried of which most of us were tasting Ethiopian for the first time.  Ethiopian cuisine consists of thick stew served on a large sourdough flatbread injera.  Each course includes various stews and unlimited injeras which typically serves two. Yenet Guada is the restaurant I highly recommend for anybody visiting Dallas to experience the delights of Ethiopian cuisine. We equally loved the Italian and Indian cuisine we tasted in other places during our stay.

Our short yet pleasant visit to Dallas was the highlight of my 2017 as it was not just about exploring a new city but getting to meet people who mean a lot to me. Dallas and the state of Texas need more visits to explore all its gems, and while I sign off, I hope it happens in the days to come. 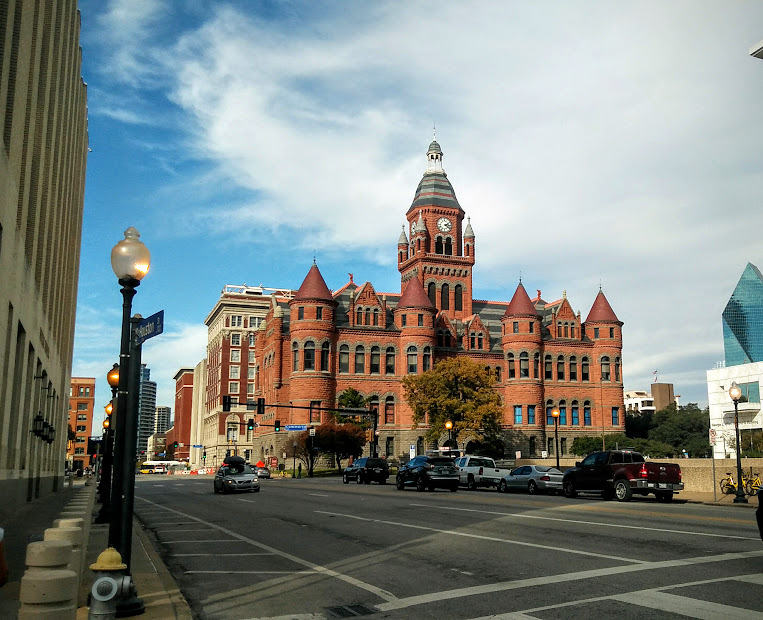 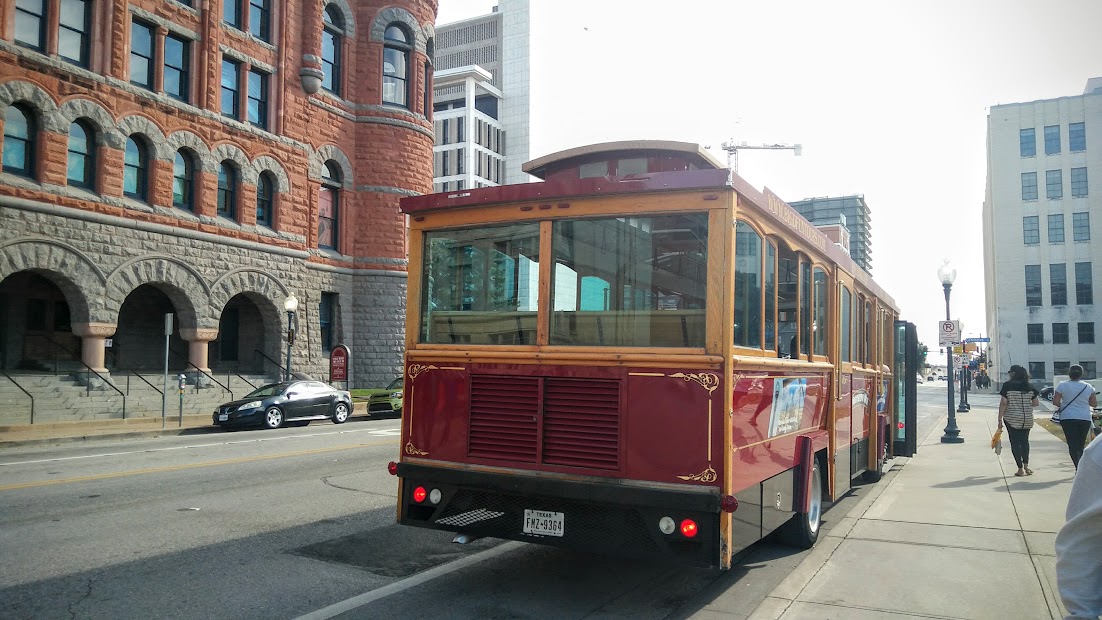 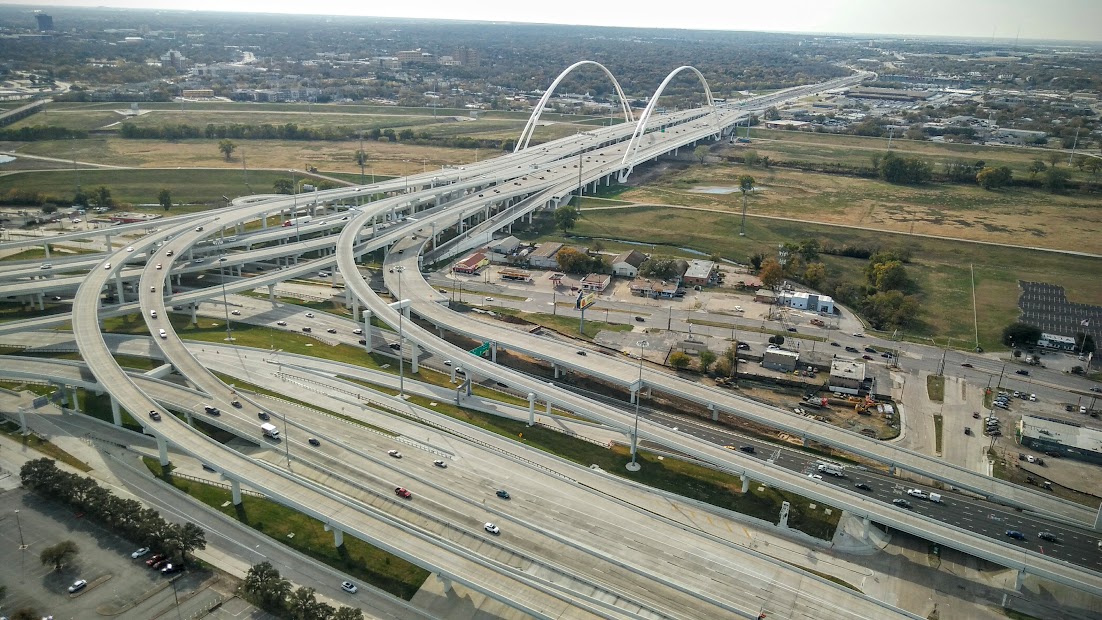