It was a totally unplanned trip, thanks to the unfavourable weather in North Sikkim, we had to find alternatives to spend the last three days of our vacation and we chose the Gorkhaland. Driving through NH 31A which winds along the banks of the river Teesta, it took us close to three hours to reach Kalimpong-a quaint little hill station in West Bengal.

Kalimpong is situated on a ridge connecting two hills – Deolo and Durpin. Out first stop was at Deolo Hill, which happens to be Kalimpong’s highest point. The top of the hill is a beautifully landscaped garden overlooking the Himalayas.

While in Kalimpong what might catch your eye is the word ‘Dr Graham’s’ written everywhere. Seems like a famous landmark of the whole district. Dr Graham’s is a little over 100 years old missionary school with a beautiful campus so huge that it is noted as a miniature town, which houses a cathedral, hospital, boys and girls cottages, play grounds and of course the school. Walking around the campus brought back some memories of one of my favourite movies – Rockford 🙂

Ever heard of a golf course perched on a hillside with fabulous views? Well, Kalimpong boasts of having one. Located at an elevation of 4000 feet, the golf course is administered by the Indian Army.

Next up, I never expected to find cacti at 4,000 feet! Pineview nursery has an amazing collection of different varieties of cacti brought in from Central and Latin America and grown in hothouses that replicate their natural environment. 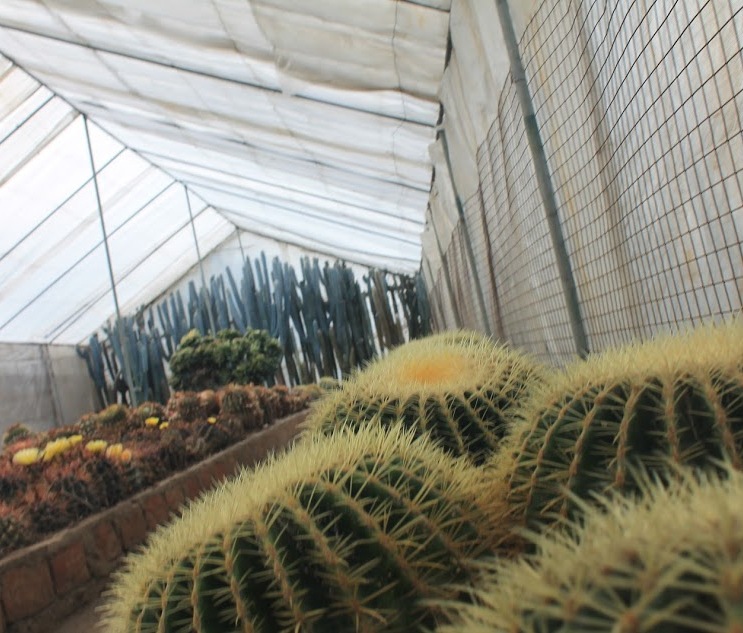 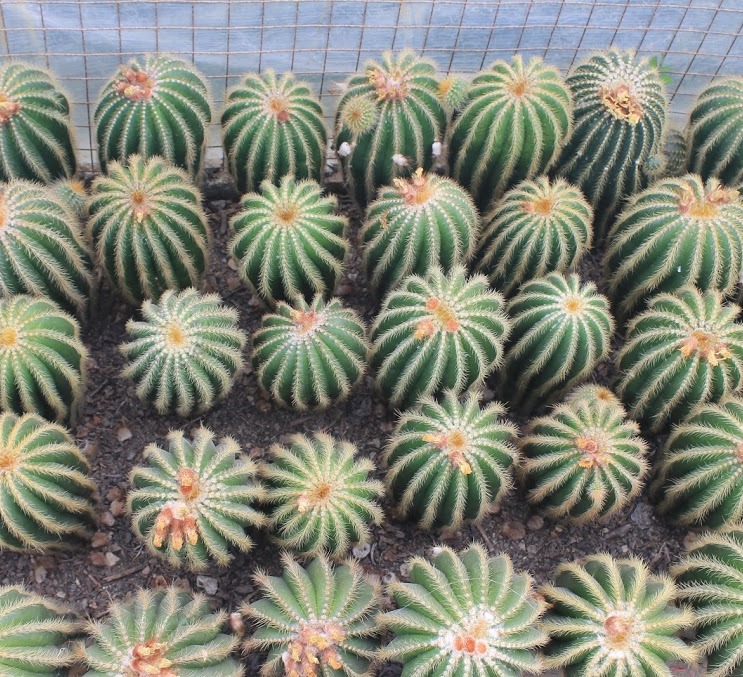 The following day we went exploring the Queen of the Hills – Darjeeling. The land of the muscatel flavoured tea revered by connoisseurs across the globe, where the century old toy train chugs along the hill. 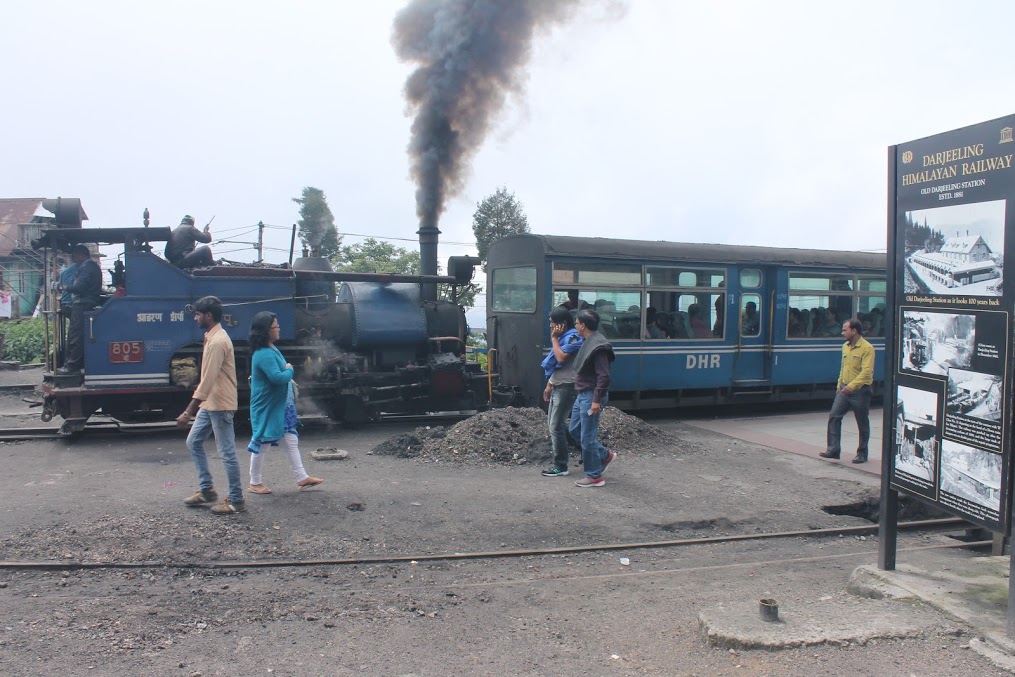 Pay a visit to Batasia loop, to find spiral railway and a war memorial for the Gorkha soldiers of Darjeeling. You could also taste some Nepalese/ Tibetan/ North Indian cuisine at the numerous eat out joints close by.

Himalayan Mountaineering Institute and Padmaja Naidu Himalayan Zoological Park are major tourist attractions of Darjeeling. Some exotic breed of fauna such as black leopard, snow leopard, jackal, barking deer, black bear, the famous Royal Bengal Tiger, and many colourful Himalayan birds attract the tourists. It was funny to find kids in the Zoo recognise the animals as ‘Bagheera‘, ‘Mowgli ki mummy‘ etc., the fictional characters of The Jungle Book 😀

Himalayan Mountaineering Institute (HMI) was established to encourage mountaineering as a sport in India. It has a museum and Tenzing Memorial. Tenzing Norgay who was a pioneering in climbing the Mount Evert along with Edmund Hillary became the first director of field training at HMI. After his death, his remains were cremated in HMI, his favourite haunt. 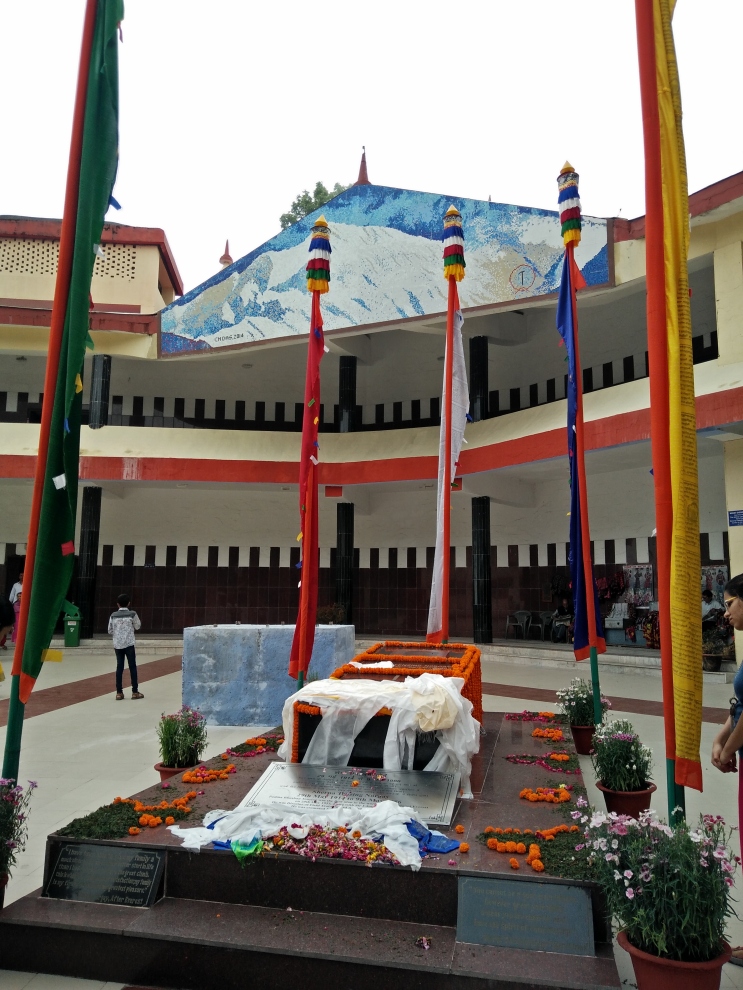 Local sightseeing is incomplete if you haven’t visited a monastery. We visited Ghoom monastery, located at an elevation of 8000 feet, it houses a statue of Maitreya Buddha. Along with regular Buddhist souvenir, you can buy authentic Darjeeling tea leaves here. You have to get your tickets booked well in advance if you want to ride the toy train and we were told that one needs to wait for hours to avail tickets for rope way so we gave these two a miss. Who would want to miss visiting tea plantation while at Darjeeling, right? Though you won’t be allowed to step into the garden, still an outer view is worth it. Planters sell their produce right outside their gardens and you even get to taste their tea before buying. Darjeeling tea is greenish in its dry leaf state and is famous for its flavour and gentler brew. Whereas Assam tea is brown in its dry leaf state and yields a darker brew. I am a ‘strong filter coffee; kadak chai‘ girl so I just tasted Darjeeling tea but bought Assam tea 😛 (yes, you get all varieties of tea in Darjeeling) 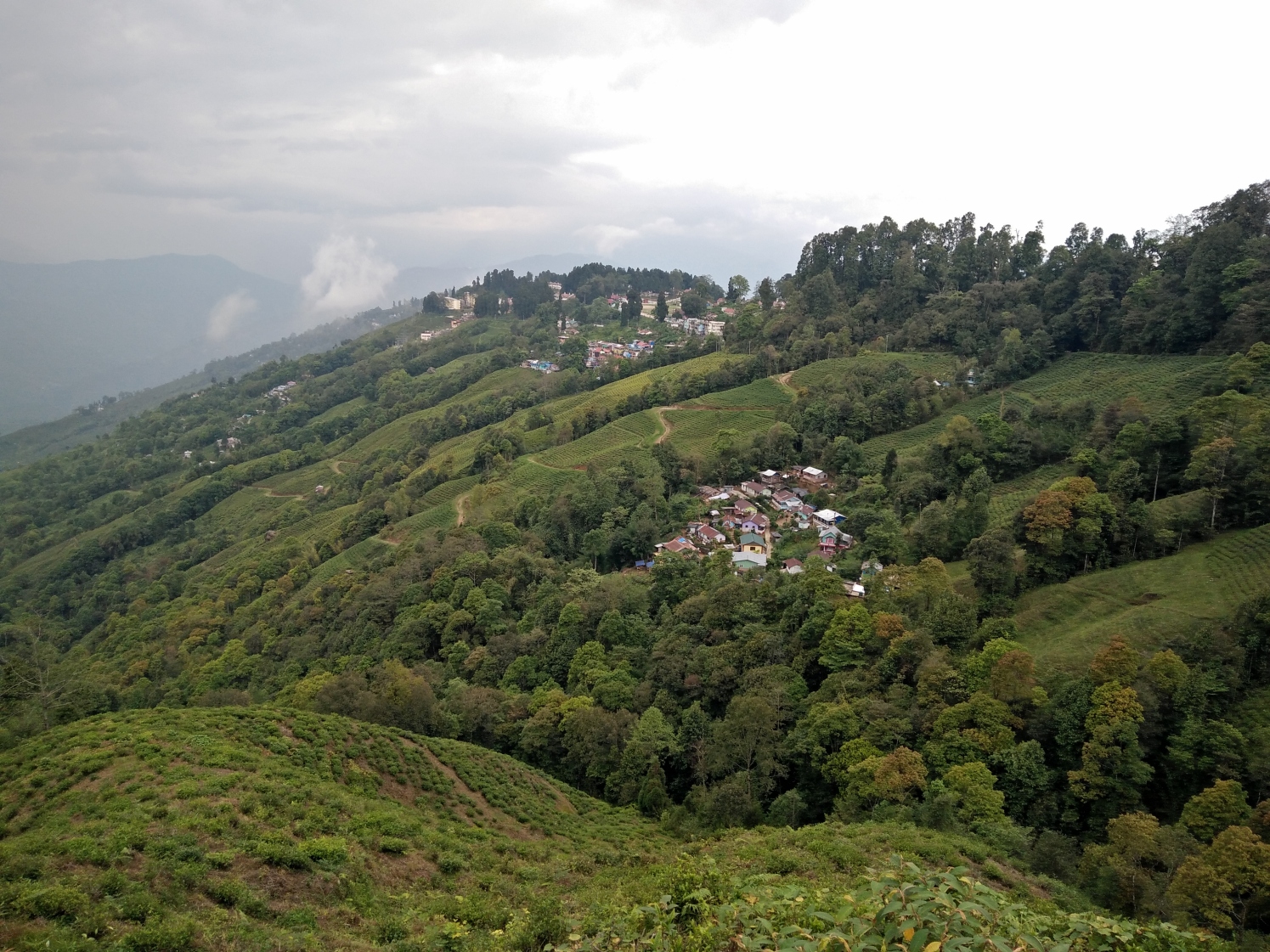 The following morning was an early rise, we started to Tiger Hills as early as 4:15 AM to watch the sun rise over Mt. Khangchendzonga, but again this is subject to clear weather and the weather was not favourable at all 😦 We could see the sun alright, but as a bright white orb of light. The fog and the mist play a mystical game here all the time. It was densely clouded and there was no sight of the mighty mountains. The weather here is unpredictable and no one can guarantee a perfect sunrise view from Tiger Hill or for that matter from anywhere in Darjeeling. Nonetheless, it was a good 4 km hike on a chilly morning.

Peace Pagoda, otherwise known as Japanese temple is another must visit place in Darjeeling. I have visited many Stupas before but two things make this stupa stand out. One was this particular chant (Na-Mu-Myo-Ho-Ren-Ge-Kyo) they make you say, playing a certain instrument (wish I knew what it’s called) along with the monks there. Another is, the various carvings on the wall, depicting the different stages of Buddha’s life. The carvings look as if they are made of wood but are actually made of cement. The humming sound and the chant add to the solemn atmosphere. 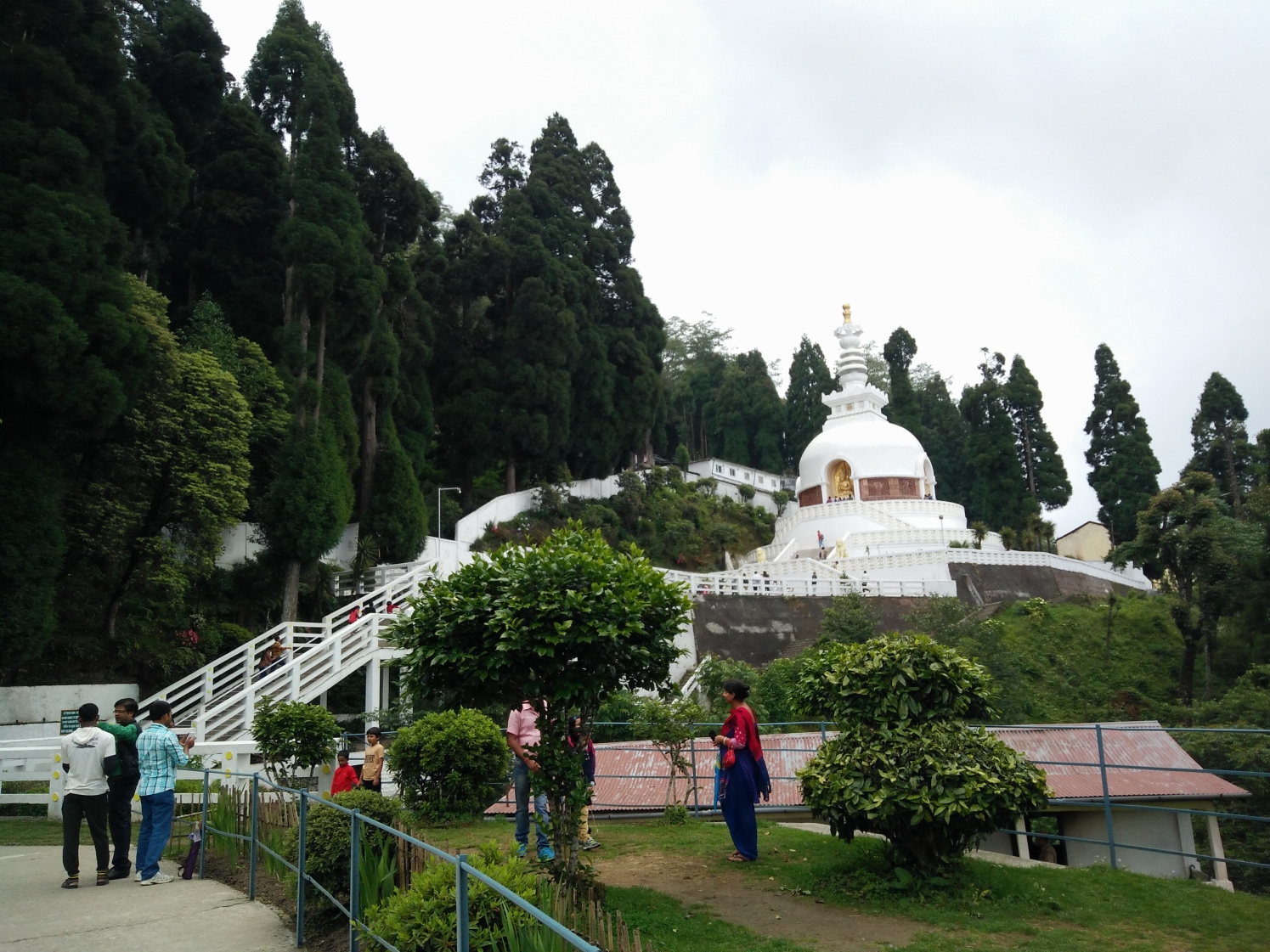 Carvings on the Pagoda

We spent the penultimate day of our trip in Mirik, a tourist spot nestled in the hills of Darjeeling. Quite close to Nepal, en route we even touched the border of Nepal I suppose, for my mobile service provided even welcomed me to Nepal 😉  Mirik is famous for its man-made Sumendu lake, cardamom plantation and tea estates. Tourism here is still nascent and the lake is its focal attraction. Not a must visit but good to visit kind of place. Being very close to Bagdogra airport, Mirik is ideal if you have a few hours to spare or maybe looking for a place to rest before flying out of Bagdogra.

For me, Darjeeling comprises of Tea, Toy Train, Tiger Hill, Trekking, and Tourism. If you are looking for these T’s you know where to head out 😉